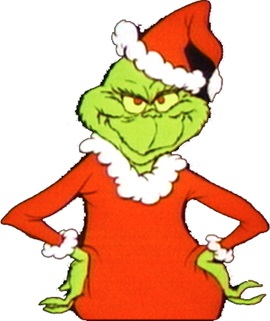 Could it be a grim and grinchy December for thousands of homeowners facing ongoing challenges with their mortgage payments and property values? Could popular deductions for mortgage insurance premiums and energy-efficient home improvements abruptly vanish?

That's the way things are shaping up in the closing weeks of the post-election lame duck congressional session. Republicans controlling the tax-writing committees in the House and Senate say they have no plans to extend expiring tax code provisions such as mortgage debt forgiveness for financially troubled owners, mortgage insurance write-offs used by moderate-income first-time buyers, and deductions for purchases of energy-saving windows, insulation and other improvements.

All three benefits terminate Dec. 31. Unlike previous years when Congress extended them, this year is different. There is strong sentiment, especially in the House, that a comprehensive overhaul and simplification of the tax code should be the priority, rather than piecemeal, end-of-the-year extensions of special interest provisions that complicate that objective.

The failure to pass so-called "extenders" would be especially painful for large numbers of underwater owners who are unable to complete short sales, loan modifications or foreclosures before year-end. Many of them could face crushing tax demands from the IRS, or be forced to declare insolvency or file for bankruptcy.

Under the federal tax code, when a creditor cancels a taxpayer's debt, the IRS treats the amount forgiven as income, taxable at ordinary rates. But in 2007, as foreclosures and short sales began to explode across the country, Congress enacted a temporary exemption for homeowners who received cancellations of mortgage debt as part of their loan modification deals with lenders. That exception has been extended periodically by Congress ever since.

Over the years it has provided crucial relief to thousands of owners, many of whom fell behind on their loans because of job losses and medical bills. And although the total volume of short sales and foreclosures has declined since the height of the Great Recession, 3.6 million owners nationwide remained underwater as of mid-year – their home values were less than their mortgage balances, according to analytics firm CoreLogic.

David Berenbaum, CEO of the Homeownership Preservation Foundation, a nonprofit group that helps financially challenged owners work out their mortgage problems, told me that his group is expecting 300,000 "hotline" calls for help from troubled owners in 2017, and that fully one-quarter of them are underwater. In Maryland, Illinois and New Jersey, 40 percent of owners requesting help remain underwater, he said.

In a letter to Sen. Johnny Isakson (R-GA), a member of the tax-writing Finance Committee, Berenbaum said "failure to extend the mortgage debt forgiveness tax provisions will reduce the options available to these distressed homeowners" and have "a chilling effect on short sales."

Congress's failure to extend the deduction for mortgage insurance premiums would be another blow to homeowners. Under current rules, married owners filing jointly with adjusted gross incomes no higher than $100,000 ($50,000 for single filers) can write off mortgage insurance premiums they pay on their loans. On incomes up to $109,000 ($54,500 filing singly) they can deduct lesser amounts using a phase-down schedule.

In a letter to the Republican and Democratic leaders in both houses last week, three major trade groups – the Mortgage Bankers Association, the National Association of Home Builders and the National Association of Realtors – called for retention of the current deduction, along with mortgage debt forgiveness. On a $200,000 home, they said, moderate-income buyers are now able to deduct between $600 and $1,000 using this provision, money that is often important to their family budgets.

Energy savings through home improvements are also on the chopping block. Currently owners can write off expenses on insulation, high performance windows, hot water heaters and the like with a $500 lifetime cap. Come Jan. 1, they won't.

Bottom line: The outlook is dim for all three of these popular tax benefits. Though December legislative miracles happen, the odds this year are long. Don't bank on them for 2017.